October 2012: What began as an enquiry from the website from Foyle Food Group has now seen the development of a three phase project at the groups Melton Mowbray site. Foyle Foods acquired the site with a view to cutting running costs. The aim of the project is to decommission the currently hired and expensive steam generator which currently supplies all the hot water for the steam plant at the abattoir. The challenge for this project is the guarantee of a continuous rate of hot water at 85 degrees. The hot water requirements for the site are as follows: 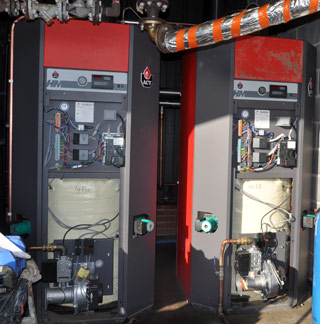 Phase 1: November 2012, Wheildons installed two commercial ACV units to provide the continuous hot flow rates as above. Temperatures of 60 and 45 degrees were achieved for the washing down, showers and taps. However, the demand for a continuous flow of hot water at 85 degrees, were not being achieved.

It was soon apparent that the two ACV units that were commissioned to do this, based on their statistics to deliver this rate of hot water could not keep up with the current demand for continuous hot water at 85 degrees. Troubleshooting meetings between the parties were arranged to overcome this obstacle. The outcomes were discussed:

Following this meeting in February 2013, Wheildons were commissioned to carry out the installation of a further two ACV units. Increase the size of the pipework in the abattoir to aid a quicker return rate of hot water, implement the use of water flow restrictors at key points to reduce the amount of water currently being used until the new sterilization equipment is installed and install the hot water storage tank.

Foyle Foods are going to replace the roof at the abattoir in March, this will require a shut down period of one week, during this time the pipe work will be upgraded. Foyle will supply the hot water storage tank and insulate the pipe work themselves to reduce costs.

This work would be carried out in a further two phases, scheduled for February and March 2013.

Phase 2: 12th February 2013: This week Wheildons are back in Melton Mowbray for the Foyle Group. Wheildons will be installing two more ACV units & plant, thus completing phase two of the project.

Phase 3: March 2013: Factory will be shut down for the replacement roof and pipework increase. 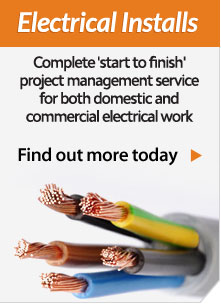